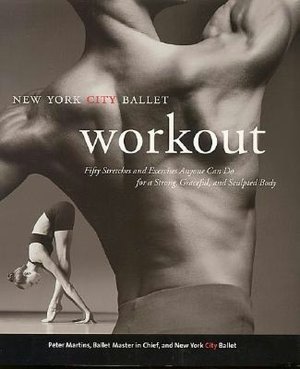 The New York City Ballet Workout book came out 10 or so years ago and I think there is a dvd of that workout now. But I too would like to hear tell of videos or books or YouTubes. You are right that this isn't exactly new. This novelization of real events is told through the first-person perspective of Tannaquil Le Clercq, prima ballerina of the nascent New York City Ballet, and the fifth wife of superstar choreographer George Balanchine. At age 16, he was invited by the School of American Ballet (SAB), the official school of New York City Ballet, to continue his training. More than 100 featured ballet roles were written for him. The second half of the story follows the Balanchines' lives after Tanny's recovery in Warm Springs, a polio rehabilitation clinic wherein Tanny and George apply all of their collected experience in physical training to reteaching Tanny's body to move. A Daniel Island resident, McBrearty is now happily married with two children, following a 12-year career with the New York City Ballet in which she danced with Benjamin Millepied, the choreographer of Black Swan and the fiance of actress Portman. The piece, titled “Year of the Rabbit" will take place at Lincoln Center's David H. Pilates was her workout of choice and remained so through her tenure with New York City Ballet. Koch Theater and will be performed by 18 New York City Ballet dancers accompanied by a live orchestra. Petersburg, Florida, Ulbricht began his dance training at the age of 11. She also produced a successful workout DVD and is working on a book and a top-secret television project. The NYC Ballet Workout is very good: balletic enough to be satisfying but not technical enough to be dangerous. For 25 years, Jock Soto was the principal ballet dancer for the New York City Ballet, and left when he turned 40 years old in 2005. New York City Ballet dancer Jenifer Ringer appeared on the Today Show this morning to respond to a comment made about her weight in a recent NY Times review of her performance in The Nutcracker. Minutes of Sufjan Stevens' music.